“I am not here to be champion. I am here to prove that at 105 years old you can still ride a bike,” Marchand said, per Eurosport.

Nearly a century ago, Robert Marchand, 105 and World Hour Record holder for his age group was told by a coach that he should give up cycling because he would never achieve anything on a bike.

Mr. Marchand proved that prediction wrong again this year wearing a skin-tight yellow and violet cycling kit as he set the world record in the 105-plus age category — created especially for the tireless veteran — by riding 22.547 kilometers (14 miles) in one hour.

“I did not see the sign warning me I had 10 minutes left,” Marchand said after his effort. “Otherwise I would have gone faster, I would have posted a better time. I’m now waiting for a rival.”

Marchand may have to wait for a long while with only 610 people who are believed to have lived for more than 105 year.  If we use the U.S. Bicycling Participation Benchmarking Report, commissioned by PeopleForBikes, that indicates that 34 percent of Americans age three or older rode a bike at least once in 2014 then our Champion may only have 200 likely competitors.

As reported by USA Today, Mr. Marchand has been defying the odds for quite a while. When he was just a boy, he had a coach tell him he would never amount to anything on the bike. At 5 feet tall, Marchand cuts a slight figure. But he was not deterred, and even after years of having no time to practice, he finally picked up a bike again at the age of 68. Soon the Frenchman was hitting the road for long hauls, riding from Paris to Roubaix, from Bordeaux to Paris, and from Paris to Moscow.

Motionsoft Joins Daxko to Expand the Most Extensive Tech-Based Community in Health and Wellness August 19, 2020 (Birmingham, AL and Rockville, MD) Daxko announced today that it acquired Motionsoft, a thought leader in member management software that powers some of the largest brands in the club industry. With a full continuum of solutions and services […] 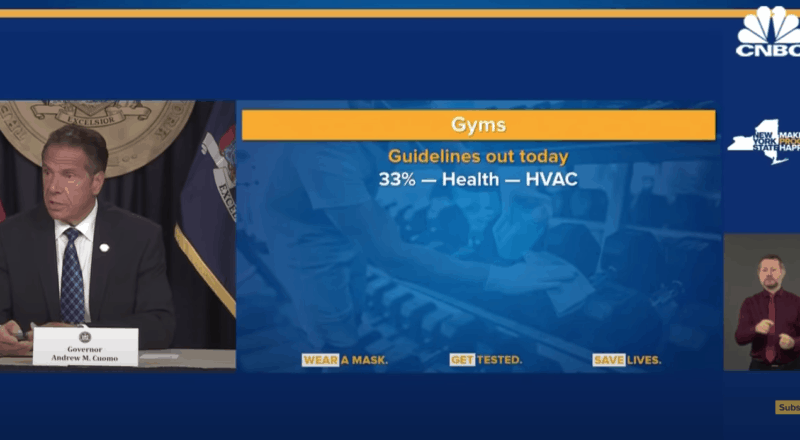 There are many excited business owners and operators in the fitness industry across the state of New York who learned today that Governor Andrew Cuomo’s will allow gyms to reopen on Monday, August 24, 2020. Gyms and fitness studios have been closed in New York City since March 16th and, since March 22nd across the […]